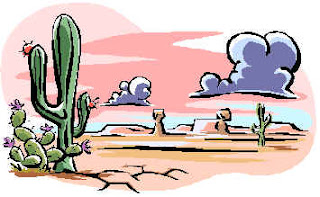 My mom's been burrowed up inside her house for about a week, since it got cold in Arizona. This would be fine except that, based on how it's built, it's probably colder in there than it is outside.  Her house, built in 1973 with construction methods that can only be called a little primitive, was built to keep cold in and heat out, not really helpful in the winter.  There's basically the wall of cinder blocks, then there's the sheet rock, and then there's my mom, shivering inside and wearing a coat.

When we moved to Arizona, we had quite a job finding a house.  There were seven girls - six unmarried - and my parents, so we needed like ten thousand bedrooms.  In Skokie we had somehow gotten by with three bedrooms, which made for a very intense home life.  There were the Parents in one bedroom, and then there were the seven daughters split into the two remaining bedrooms: two sets of clawing, fighting sisters battling it out for every inch of space.

The whole move of ours turned out to be quite a shock anyway.  Going from four seasons to two seasons, from snowstorms to duststorms, from trees to cactus, was all quite a shock. And going from a home that had some substance, like a basement and a second story and bricks, to a house that looked like a flat domino that had been thrown across the surface of the desert, that took some getting used to.

My parents searched and searched.  The house had to be just right:  not too close to the Jewish community, not too far.  Kind of more in a Jewish expatriot community.  One day, after we overheard our own real estate agent use an anti-semitic term to refer to negotiating, my dad stormed out of the house we were looking at.  There, across the street, was a billboard for the neighborhood in which we ended up:  Rich Rosen's Hacienda Del Sol.  Perfect.  A street of sixteen houses, all filled with Jews.

We just needed some basic information.  How many bedrooms?  Five.  Was there a pool?  Yes.  That was it.  Who needed to ask about construction methods?  It was Arizona, not the Antarctic!  We drove back to Skokie, loaded up the car and moved.

Add thirty-six years to that and there my mother sits still.  The billboard gone.  The expatriot Jews back to their homelands, my mother's house, built like a refrigerator, a crumbling ruin around her ears.
Posted by Linda Pressman at 9:58 PM