The Top Ten Reasons Why I Haven't Been Blogging 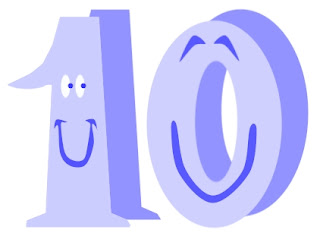 I'm determined to start blogging again, even though I have so many excuses for why I can't. What would I start with? How can I explain an absence of over a year? So I thought I'd do a Dave Letterman-style top ten list, at least to get my brain working again.


The Top Ten Reasons Why I Haven't Been Blogging

10. The last year has seen me become the mother of two teenagers. Should I stop here?

9. Daughter has grown about 12 inches and gained 42 pounds in the last three years. Can you even imagine how much food has gone into that child to sustain that kind of growth? As far as her height, every time I look away, I look back and it's like a time-elapsed video. Suddenly she's looking me in the eye. And just in case anyone is worried - because who would want to gain 42 pounds in three years? - she now weighs 101 and stands 5'5. Still a Skinny Stick.

8. My book. I'm not going to say much about this because God forbid I promote myself, but the book takes a lot of time. It lived inside my head for so many years, and then it lived inside my computer for several more, so having it out in the world has been amazing, but it's kind of like having an extra child who doesn't live at home. I worry about it. Turns out worrying is also a full-time job.

7. I started doing yoga last year in addition to my regular exercise. Trust me, this whole over-exercising thing takes up a lot of time. Also, not being the most bendy gal on the planet, yoga has been very interesting. Interesting in that I still can't touch my toes and, just when I'm supposed to be all spiritual and concentrating on my breathing, I'm always somehow adjusting my clothing. In summary, I've found that after a year I'm very good at one thing in yoga: corpse pose.

6. My book won an award (yea) and there have been various things associated with that, including the Writer's Digest Conference - East, and some interviews. Whenever I used to read in Writer's Digest about people who had won the award I won, I always assumed they were famous and about to get a gazillion dollar deal for their books. Just FYI, I'm still not rich and famous.

5. Both and over achiever and under achiever, procrastinator and perfectionist, I keep taking classes to satisfy my zillions of ambitions. In just the last three months this has included an intro to Improv class, Mothers Who Write and Playwriting. Of course, I want to do everything and am fighting the knowledge that I'm just going to have to lock myself in the house to produce my second book.

4. Meanwhile, back at my desk, I'm writing that second book, a sequel to Looking Up. Its working, and somewhat facetious, title is Jewish Girls Gone Wild. Yes, it's about my teen years.

3. I was blindsided by the elderly parents getting increasingly elderly, and, having written so many posts about their foibles, found it difficult to write once their decline became apparent. Who knew that one day I'd be looking nostalgically back to when they were their spry 79 and 84-year-old selves? Yet, that is true. It was increasingly hard to be humorous.

2. Did I mention the teenagers?

And the number one reason I haven't been blogging is... 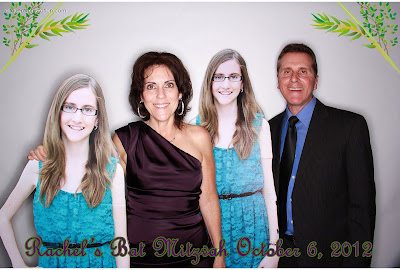 Husband, me and our two cut-out Bat Mitzvahzillas﻿

Anything keeping you from doing what you want to be doing? Any high-maintenance children in your life? Aging parents? Forty-two pound weight gains?