The Second Summer of Yes 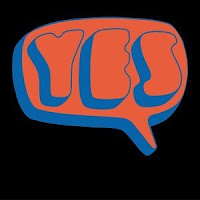 I'm anticipating a difficult summer, a repeat of last summer, which I optimistically called The Summer of Yes, though that was before I lived it.

This is not exactly what happened. Daughter was onboard if ice skating and Peter Piper Pizza were included. Bar Mitzvahzilla? Apparently he thought it was the Summer of No.

He told me he only wanted to play on his PlayStation. All summer, nonstop. As in, "Mom, can you just drop me off at home?" And then, "Can I go on the PlayStation when we get there?" Well, from time to time we could run out to the gaming store and buy another game for sixty dollars. Wow, that was nice of him, to let us spend time together.

About three years ago, I decided to override my husband's wise counsel and bought Bar Mitzvahzilla a PlayStation 2 game system. He was already twelve and was apparently the last child anywhere in the Western Hemisphere who didn't have a gaming system. He was already a social outcast - there were legions of boys who weren't interested in coming over to our house to hang out because there wasn't anything to do there - despite our basketball hoop and air hockey table. One time a boy came over and expressed astonishment that we had a nice house; the kids at school had all assumed that we were poor because Bar Mitzvahzilla didn't have a gaming system.

So I gave in, buckled. I said yes. I told Husband that we could keep this thing under control. It'd be used when friends were over only. And anyway, seeing my son stick out like such a sore thumb reminded me of myself as a kid, when friends came over with their perfect Barbies with store-bought Barbie clothes, and then I'd pull out what passed for a Barbie in our house: a Barbie body with a freckled Skipper head and one leg. And it was naked. I felt my boy's misery.

After two years had passed, I had to shovel past criss-crossed mounds of wires just to find my son somewhere tangled in the middle, the computer addict needing more, more, more. And just like they say happens with drugs, the purchases didn't stop with the Playstation. Soon there it was yes to the Wii, yes to the XBox, and yes to the iTouch, which I actually thought he'd use for music. Little did I know he could download games.

Sometimes things I don't want to look at closely kind of dance around the edges of my brain and then, when I finally notice them, my brain kicks back on and I can act swiftly. So when Bar Mitzvahzilla tried to opt out of every activity last summer in favor of staying home with his favorite friend in the world, the PlayStation,  well, that was it. It became the "Summer of No" all right, but with me saying No.

So I took it all away. He put up a good fight, asking me hundreds of times after the ban if he could use it anyway, waiting to tire me out, insisting he had nothing to do. And of course he had nothing to do. He had become the most boring child in the world, with no interests except gaming. With it all gone, we just had to wait and find out who existed under there.

But by the middle of the first week he was playing basketball in the driveway and then he put on his Rollerblades and zoomed around the neighborhood. By that Friday he became aware of the existence of other people in the world again, and actually had a conversation with his sister.


Who would have thought that it took saying "no" to get my kid to say "yes?"
Have any gaming troubles in your household? Budding addicts like mine? Have you ever taken it all away? Planning any amazing outings for your kids this summer? Doing any Mommy Day Camp like me?
***

Yesterday was the release day for Aidan Donnelley Rowley's book, Life After Yes. Aidan blogs over at Ivy League Insecurities and has written her debut novel which is getting great reviews! Go to Amazon and buy it now and after you're done reading it participate in the book club discussion on Motherese about it!
***
Posted by Linda Pressman at 8:39 PM