Mom vs. The Remote 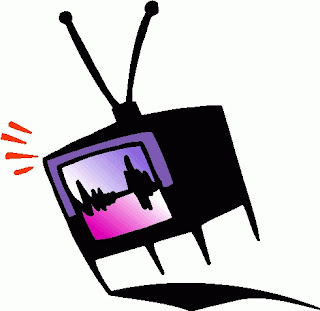 I discovered something alarming on our recent vacation. My kids' idea of fun TV shows to watch are basically all on the Food Network.

Seriously. Checking the TV guide, setting up our lives around the next episode of Chopped, of Ace of Cakes, of Iron Chef, of Cupcake Wars.  When forced by Husband to watch something educational, they'll turn on Discovery's Man vs. Wild. On that one the guy roasts bugs for dinner. Do I detect a common theme of eating?

Now I readily admit that I've spent about five years watching HGTV drone on and on with Househunters and Design on a Dime, Curb Appeal and Spice Up Your Kitchen, and I know those shows don't exactly have any suspense, but why are my kids so fascinated with food preparation?

Turns out there was no problem at all. The stuff that the chefs prepare on most of those shows is totally unrecognizable to me as food. One day on Chopped the chefs had to use some fish called Aho in every dish, and they used it - as fish ribs, dried and grinded, and in other torturous preparations. And then they threw in some other stuff, like pork rinds, shaved this or that and then, I swear, jellied blech. Because of these unrecognizable ingredients, I've actually never wanted to eat anything on these shows (okay, except the cupcakes). Most of the time I wonder how the judges can stand it.

I wonder at my poor, hungry children, watching Food Network to just see something being cooked, instead of their own mother who stands in the kitchen blankly, never able to actually think of What's For Dinner? I think of Bar Mitzvahzilla, happily reading the food ads that Husband places before him as he reads the paper, Bar Mitzvahzilla's eyes growing luminous at the glossy photographs of the grocery store ads.

But the kids and I had to reach a compromise somehow. Somewhere in the vast space between HGTV and the Food Network. Finally I found it, my new favorite show: Say Yes to the Dress on TLC. Oy.

What do you get stuck watching on TV in your house? Does anyone else have kids who watch Food Network, like mine do? Are you a fan or is some of this stuff just way too complex? HGTV?
Posted by Linda Pressman at 11:37 PM