The Need to Freeze

There are many things illogical about living in Arizona. There's the summer, for instance, when we get very excited as the weather "cools down" to 105 degrees. There's the general weirdness of people decorating cacti for Christmas because that's one of the only living things in the front yards. Okay, there's even the general weirdness of being a Jew in Arizona - being rare, like a unicorn or Big Foot.

But one of the strangest things about being an Arizonan is the way we all go seeking snowy weather in the winter, like there's some genetic need to freeze built into our DNA - like the salmon swimming up river in Washington State - and we head out. Since I was born in Chicago and Husband was born in Milwaukee, you'd think we'd have worked this need to freeze out of our systems as kids, but no, here we are, in the middle of our now annual exodus to Northern Arizona.

So even though I've lived in Arizona since 1973, even though I hadn't seen snow since my that last winter in Chicago, last year when we got to Flagstaff it all came back to me. I immediately remembered it all. Layered clothes, bundled up, always prepared. Similar to the Brownie I once was, but the snowy version. And last year it made sense. It was a glorious winter wonderland. Freezing cold with pristine, untouched snow everywhere, we didn't have to bother with a dedicated sledding area; everywhere we looked was a sledding area. We went sledding behind our hotel; we practically went sledding to our car since each night it was frosted in.

This year, except for some gray, piled up frozen slush, there's virtually no snow. Patchy hillsides with slush, mud, rocks and trees, so we can break our necks hurtling down a mudslide on our speeding snow disks.

We try to put a positive spin on it for Bar Mitzvahzilla and Daughter. It's still cold, right? It's good to be cold, right? How nice to be away from home on vacation! And look at the nice hotel we're staying in! Free breakfast everyday! And now, with all that stupid sledding out of the possibilities, we can spend all our time eating out, right? Let's go to another bookstore, kids!

Are we going to get away with this? Let's put it this way: Daughter was packed a week before we went on vacation. She made a list of all the restaurants we'd go to ahead of time and the days we'd go to each. Both kids are up at the crack of dawn, dressed and waiting for Husband to awaken and take them to the hotel breakfast. Children this neurotic aren't going to let us get away with anything.

Do you go on vacation seeking something in particular at different parts of the year? Have you ever sought out snow intentionally or is the seeking always for beach and sun? Anyone else have kids this driven?

I'm happy to report that I'm getting close to publishing my book and hope to have it available in the first half of January. I'll post here when it's available in both in print and e-book form and am sorry I've been so sparse lately with blog posts. Thanks to everyone for all your  encouragement.
Posted by Linda Pressman at 11:29 PM 24 comments:

A Wildebeest Kind of Winter 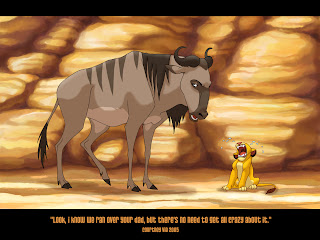 I was driving in my car with Bar Mitzvahzilla, then three, in December 1998. Of course there was no snow, this being Arizona - instead there were Christmas lights on all the palm trees and cacti in the neighborhood, especially the yard of one neighbor who seemed determined to offset our unlit Jewish house by putting up so many lights that his house could be seen from outer space.

I was ready for my his questions. He'd been too young the previous two years to notice anything as we drove around our tiny Jewish world - to our synagogue, to his Jewish preschool and back to our Jewish home. This bubble had to burst sometime.

It wasn't like he hadn't been exposed to the outside world. My family is so diverse it's like a United Nations conference. I was ready for an age-appropriate discussion of religious pluralism. Sure enough, I noticed he was staring out of the window, his mouth open, his eyes wide.

He pointed at the neighbor's house and yelled, "Mom! A wildebeest!"

This I didn't expect. Of course, I knew there wasn't actually a wildebeest in my neighbor's front yard. Even my HOA couldn't be that lax. But I said, "A wildebeest? Where?"

He was pointing at a reindeer. I thought quickly. Should I tell him the truth or should I let him have a little magic for one more year?

Sometime earlier that year Bar Mitzvahzilla had become obsessed with the movie "The Lion King." After watching it every day for a year, I came to like it, too. For some reason, his favorite scene was when Simba's father Mufasa fell off the cliff into the stampeding wildebeests. He re-enacted this in our home day after day, clinging to the clifflike edge of my bed, while I, Mufasa's evil brother, Scar, flung him off the cliff. Bar Mitzvahzilla would fall to the floor onto a herd of toy wildebeests that just happened to be stampeding by on the carpet.

So he was a little obsessed with wildebeests. Having them appear all over the neighorhood that December was an truly a wonderful thing.

After he noticed the first wildebeest in our neighborhood, we started taking walks each night for wildebeest sightings. There were the ones who moved their heads up and down as they fed, the ones that looked off to the side, watching warily for lions, the ones that were frozen, caught in mid-prance, or skittering in the hunt, running from hyenas. If something didn't make sense - like the wildebeest that leapt in the air with the blinking red nose - Bar Mitzvahzilla just ignored it. His only disappointment? That there were no elephants adorning my neighbors' lawns, no giraffes with their heads sticking up as tall as the palm trees, and no actual predators lurking in the bushes.

Eventually it ended. He grew older, and we had the talk we needed to have. But for a while, our neighborhood became an African savannah, with wildebeests magically standing in each yard and lions just around the bend.

Has your child ever made up their own answer to a question that was very different than the answer you may have given? Any obsessions with movies, watching them over and over again? Do remember seeing magically through your kids' eyes?

* Although I've always written original pieces for this blog, I wanted to tell my Wildebeest story so I reran it here. This piece originally appeared in the Jewish News of Greater Phoenix on December 11, 2009. Here's the link to the original piece: http://www.jewishaz.com/issues/story.mv?091211+winter
Posted by Linda Pressman at 11:35 PM 10 comments: 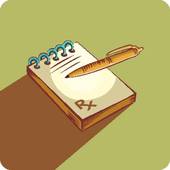 Here's what happens when your mom is diagnosed with Alzheimer's. At least if you're me. There's this total scoffing at the doctor's diagnosis. There's the trotting out of a hundred tiny facts your mother remembers even better than you and you're thirty years younger than her. There's the railing at a system of treating the elderly that throws them into categories: one gets dementia, then next Alzheimer's. Next!


Then you notice that she loses a few words here and there. Easy words like the names of her favorite restaurant or the word "checkbook." Then you notice her conversation becomes a little constrained, topic-wise, like she only wants to talk about food, she can talk about it for hours, yet she only says the same thing over and over again - how good it is. You find yourself missing your mother and she's sitting right in front of you.

Then maybe there's an interim event - a fall perhaps, or maybe a car accident, in your case. And then there's no more room for denial. Denial packs a bag and slithers away in the middle of the night. When your mother is recuperating from her injuries, which means she's finally left her convalescing couch, her world becomes constrained. She stopped cooking during her weeks on the couch and now, she tells you, she no longer cooks. Nor your stepfather. Food just magically appears every day and, anyway, they don't eat much. Some rice, some noodles, maybe a piece of challah. And, yes, it's good. Very, very good.

The mother you had - the annoying, argumentative one, the one you used to butt heads with, the one who used to find a way to interject a Holocaust story into every conversation until you were sure you too had lived in the forest running from the Nazis, that mother has been interrupted. And in her place? A different mother. A different kind of mother. A mother and a daughter and a child all at once.

Have you ever had diagnostic news where your first reaction was denial? Have you ever had a relationship interrupted abruptly due to illness or otherwise, something other than you had planned?
Posted by Linda Pressman at 11:29 PM 24 comments: