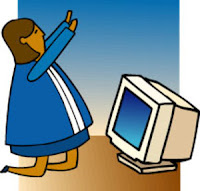 Although I started this blog to write about the lunacy leading up to my son's Bar Mitzvah in September 2008, I'd been writing for awhile before that.


In 2001, finding myself forty-one-years-old and recovering from an illness so serious that cancer patients felt sorry for me, I was confronted head on by my mortality. All I could think about during the slow weeks of my recovery was that my life had almost ended and yet I had never written one word despite the fact that I'd always been sure that I was supposed to be a writer. Instead, I'd spent the majority of my professional career working in the credit and insurance industries. I guess I believed that one day a book would just pop out of me fully formed without any work or preparation on my part.
.

So, later that year, I walked into my first writing class at a community college. By 2003 I was enrolled in a graduate program and earned a Master's in English in 2005. I'm not claiming to be some big success story or that, by some chance, I've actually earned a living at this, but let's put it this way: I've written.

I'm the Blog Editor of Poetica Magazine: Reflections of Contemporary Jewish Thought. My work has appeared in the Jewish News of Greater Phoenix, and has been anthologized in Mizmor L'David, among other work created by children of Holocaust Survivors, and the Maricopa Anthology. I've also had essays in Brain, Child Magazine, the Paradise Review, and Znine, the Literary Journal of the University of Texas at Arlington, as well as in Poetica Magazine, where it received the Best Published Award in March 2008.

My book, Looking Up: A Memoir of Sisters, Survivors and Skokie, was published in April 2011 and is available on Amazon at Barnes & Noble, Powells, Books-A-Million and other fine retailers and libraries, as well as in Kindle, Nook, Sony Reader and Kobo formats. An excerpt can be read on this blog under the tab heading Looking Up. 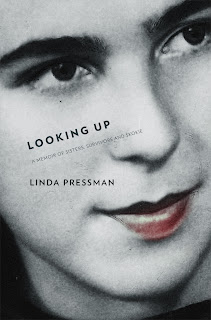 From the back cover:  Written by a child of two Holocaust Survivors, Looking Up: A Memoir of Sisters,
Survivors and Skokie, tells what it’s like to grow up with parents who have survived the unsurvivable, who land in Skokie, an idyllic suburb north of Chicago, where they’re suddenly free to live their lives, but find the past has arrived with them. In a book that’s both funny and somber, and a story universal in its scope, Linda Pressman creates an unforgettable portrait of adolescent angst, traumatized parents and a search for faith among the ashes, ultimately finding that her parents’ stories are her own.


I live in Scottsdale, Arizona, with my husband of nineteen years and our two children.