I Don't Have a Headache, I Have a Thirteen-Year-Old 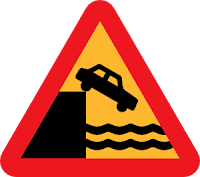 I'm driving Daughter to school one day last week and I know I've got to tell her that she lost her allowance for the week but I'm dreading it. Am I dreading it because I hate to take away her money? No, she's miserly enough that she's probably got millions stashed around the house. Am I dreading it because it's too harsh a punishment for a few missed chores -- in other words, is my mother's heart weakening? Again, no. This child misses so many chores so much of the time, she has to have missed egregious amounts to finally lose her allowance. If I just counted the chores she made for me by her constant carrying things from one area of the house and dropping them off in another, I would earn a tidy allowance.

I'm dreading breaking it to her because there are better places than the interior of a car to have a thirteen-year-old pitch a fit and start screaming her head off.

But I can't resist. It's become our fight-a-day, the ride to school, whatever she's mad about that particular day, and this, her money, she will scream about all the way there: As I leave our neighborhood, turn onto the major street, drive down three miles, turn again, drive up two miles, and deposit her at the school doors, only the door slamming shut restoring the car to silence.

She breaks the sound barrier as we drive down the road. Maybe even the windows. And that's when I realize I have a headache. And then I think, wait a minute. It's kind of early for a headache - only eight in the morning! I haven't really even done enough today to get a headache. Then then I realize the truth: I don't have a headache, I have a thirteen-year-old.

When Daughter was born, Husband and I looked on her with some bewilderment. After all, our first baby had weighed a pound and a half at birth. Who was this gigantic, loud, crying, jaundiced child, weighing in at a whopping six pounds nine ounces? Bar Mitzvahzilla hadn't even gone home with us for nearly ten weeks. We practically had to break him out of the hospital at the end, the doctors were so reluctant to release him, so reluctant to try him on outside air. But with Daughter there was no delay; she was ours driving home just a few days after birth.

Husband and I had been rightfully worried about Bar Mitzvahzilla -- born so tiny, he had come home with an apnea monitor and oxygen tubing. Once he moved out of our bedroom, we bought a sophisticated monitor just so we could listen to his every sound. If I could have crawled in the crib with him, honestly, I would have. But after Daughter moved out of our room and proved that her cries needed no amplification, no monitor, no microphone, to travel from one side of the house to the other, we gave the monitor away. We both felt completely confident that this child wasn't going anywhere without yelling her head off.

Of course, we were right. And, of course, I don't have a headache, just a little residual thirteen-year-old, recently disembarked from the car, clearing up a little later in the day, and to return about pickup time.

Have you lived through your child's adolescence? Did you find that they had just the right combination of screams to bring on a headache? Any baby screamers not needing monitors?