Because I'm so behind on my blog, I can't even remember how long ago Maria at Mom of Three Seeks Sanity gave me this blog award. But the Momalom Five for Ten challenge came along and then Bar Mitzvahzilla's eighth grade graduation and suddenly it was summer. So here I am catching up. Today, per the terms of this award, I need to tell you who I'd like to get horizontal with, but since the picture shows Barbie attacking Ken -who appears to be calling for help - and that reminds me of my childhood, I'm going to reveal that maddening crushes of my youth. The Plastic Oy Award, if you will.
1) It would have been normal to have a crush on David Cassidy of The Partridge Family; after all, he was the cutest in the family. But he was a little too old for me. I was looking for a Partridge closer to my own age, a somewhat odder Partridge, quirkier, not the same one that every fourth grader had a crush on. 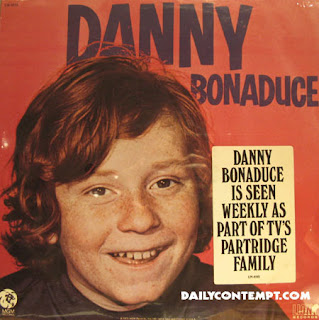 So somehow I ended up having a crush on Danny Bonaduce. What can I say? I have a thing for redheads.
2) Along the same line - unlikely fictional characters upon whom I had a crush - came another redhead: 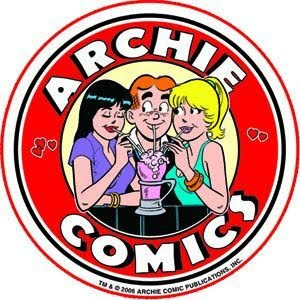 Archie Andrews. Yes, from the comic strip. It's not that I really liked him, or thought he was real for that matter, but, hey, if he was good enough for the gorgeous Betty and Veronica (and no one was fooling me, I knew they had the exact same face with different colored hair) then he was good enough for a little brunette Jewish girl from Skokie. 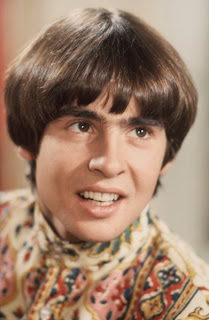 3) And, of course, because I had such eclectic musical taste as a seven-year-old in the Chicago suburbs, how could I not fall in love with Davy Jones of the Monkees?
All the seven-year-olds were in love with him. I would play his song "I Wanna Be Free" over and over again on our HiFi while laying on our living room carpet, dreaming of marrying him when I was eighteen and he was, like, forty. (Surprisingly, however, as I've gotten older, somehow Davy Jones has gotten younger, until now we're only fifteen years apart.)
4) And then there were the two John Travolta characters of my teen years. The first, Vinnie Barbarino of Welcome Back, Kotter and the second, Danny Zuko from Grease, which I saw about seven times. Are these really the same character? My seventeen-year-old heart said, "Yes." 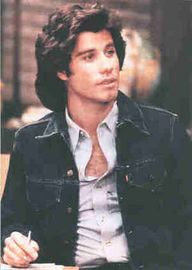 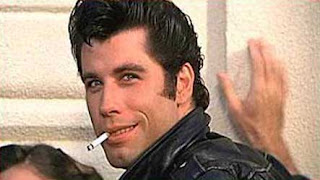 5) Nowadays, my bad-boy, rock star, illiterate-loving character crushes are long over. When I have a crush on a character now it's more along the lines of Colin Firth as Mr. Darcy from the 1995 BBC production of Pride and Prejudice: 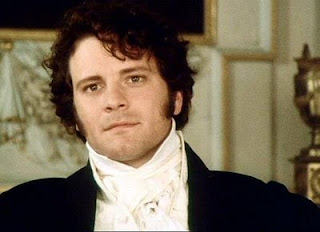 Be still my heart. Seriously.
Who were your childhood crushes, on characters or famous people? Anybody unusual? Do you still get them?
I'm passing this award onto my buddies:
Robin at Your Daily Dose
Karen at Waisting Time
Jane at Aging Mommy
BLW at Big Little Wolf
Jennifer at Chaos Wrapped in Chocolate Covered Grins
Posted by Linda Pressman at 11:46 PM