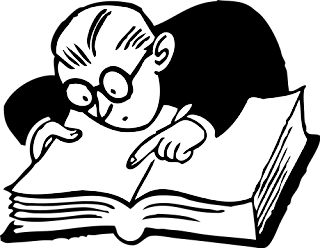 We're sitting at the dinner table eating, I don't know, chicken, I guess. Something unimportant. It's just another night, or another football Sunday night, I should say, when Daughter makes the horrible, horrible mistake of asking Husband a question about some football play - a fair catch.

He answers the question. We seemingly move onto other topics - nice topics, like how I forced her to go to something Jewish today and she did after screaming her head off about it last night, and had a nice time. I am starting to roll on this topic because there's no topic I like better than the topic of how the kids yell and scream about not wanting to go to something they turn out loving, when suddenly, Husband, who I guess hadn't really been talking, answers her football question again, with more information.

And then he expounds on it, elaborating various scenarios in which the player might like to catch the ball one way or another - approaching this simple, tiny question that she asked with the rigor of a Talmudic scholar.

Daughter looks at me from across the table in some anguish. Do I hear the silent plea, the "What have I done?"

And, of course, she should know better. Husband cannot be asked a simple question. He has a mind like an encyclopedia - there's an inexhaustible amount of information in there. Days from now he will be asking her to get out a pencil and paper and a compass or triangle, perhaps, to draw up some possible diagrams. Or maybe he will have downloaded some great examples of fair catches on the Internet, website after website, to elaborate more fully on the issue, and compared how this play is not allowed in Canada for the following reasons but only in the US.

In other words, Husband cannot be asked a question.

When the kids were smaller and enrolled in math classes with material that I understood, they learned quickly which parent to ask for help. Ask mom and get the answer. Ask dad and get a series of questions, word problems and, yes, diagrams and real-life models of the problem. An answer would, of course, not suffice. There was that deeper thing below the answer, that OCD thing, that bedrock of knowledge thing, where all math begins, prehistoric math. That's what he's getting at - to fully explain the answer.

Finally, sometime after the chicken is gone, the grill cleaned, the dishwasher loaded, the leftovers put away, the kitchen cleaned up, lunches made and showers taken; sometime after Husband has run through every possible answer to this football question, it stops.

But only because Daughter has gone to sleep.