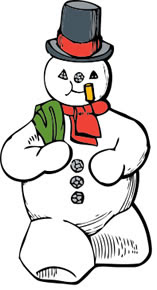 Up until three days ago, Daughter and Bar Mitzvahzilla had never seen snow.  This is kind of funny because we come from a family with a legacy of snow.  My dad, a Holocaust Survivor, spent the war years living in Siberia. Instead of that making him cautious about the cold, instead that made my dad the opposite, quite flippant. When I was growing up in Chicago, he compared the weather there with the weather in Siberia and found Chicago's weather a heatwave, heading out each day with no hat, no gloves, and a flimsy jacket.

He'd say, "Cold? You think this is cold?" We'd nod because with the wind chill factor it was about twenty below zero. "You should have felt the cold in Siberia! Cold is when you get a bucket of water, throw it in the air and, before it gets to the ground, it freezes!"

My mother, who spent the war living in the Eastern European forest with no coat or shoes, had a different perspective.  She had a terrible fear of being cold. She was the one who'd wrap us in miles of scarves, who crocheted mittens for hours, and who knitted sweaters until all seven of us looked like we were wearing the striped flags of obscure countries, our clothes made out of whichever color yarn she got on sale.

But Bar Mitzvahzilla and Daughter know nothing of cold.  They are Arizonans - Phoenix, Arizonans. So we decided to do something different for our winter vacation.  Normally we consider only the bottom half of Arizona for a winter vacation because Husband and I shun the cold.  But this year we decided to introduce the kids to snow.

They had a dreamy idea of what it would be like.  Fluffy maybe, like billowing cotton balls? Tiny doilies skittering through the air?  Like pillow stuffing, feathers? Cold doesn't come into any of their descriptions.

We're driving up the Interstate, we get past a certain elevation and there it is - white stuff just laying on the ground.  Other travelers from Phoenix are pulling over in excitement and letting their kids sled down the roadside hills almost into traffic. We pull over somewhere safe and the kids go plummeting into a snow bank. Fluffy? Yes. Pillowy? Uh, okay. Cold and wet? Yeah.

Here's what I find out on this trip.  I find out that I am apparently not too old to make a complete idiot out of myself sledding down hills and capsizing, over and over again.  I find out that Husband, five years older than me, thinks he can head down a hill like a bullet, but then he pulls all his back muscles.  I find out that it's never a good idea to stay in a hotel with "sleep number" beds because the kids will play with the motors over and over again until they break them and they're stuck in a concave position, further putting out Husband's back.

Tonight is our last night away, the last dinner out, the last bundling on of gloves, hats and gigantic coats just to walk to the car and then from the car into a restaurant.

Three days ago the Snowman Cometh but tomorrow the snowman goeth.
Posted by Linda Pressman at 7:26 PM