A Picture at Age Ten 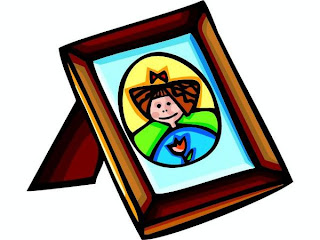 Ten years ago Daughter was a baby just learning how to roll over.  Today she's a pre-adolescent. That went kind of quickly.

Here's a present day picture of Daughter:  she's grown taller but hasn't gained weight.  Her hair is growing out at the rate of one inch per year. She has a perfect memory for everything I ever mentioned in passing that I might be able to do with her some time and no memory at all for anything she ever absolutely promised to do, like her chores.

Her new thing?  The silent treatment.  Now this is kind of funny because we're Jewish which automatically means we're really loud and can't shut up when something bothers us.  But since she's sneaky and wants to get a lot of attention, she's figured out how to stand out in this family where no one can hold anything in.

When she's really mad she slams the door on her way out of a lot of rooms, apparently enjoying the thud of the door and the sudden end it causes to all conversation.  Sometimes she charges into her bedroom, but she doesn't slam the door there.  She knows if she does we'll remove it from its hinges.

When she's done this about ten times and has finally managed to get some displeasure out of me, she says, "Well, aren't you in a grumpy mood today!" and then she slams out of that room.

I think way, way back, to Skokie.  To seven sisters separated by eleven years.  When we fought - which was often - we'd end up a huge ball of clawing girls rolling through the hallway.  Or one sister would throw a lamp or a hockey puck at another sister.  No silent treatments, just fist fights.  And no slamming doors.  Not because we wouldn't have enjoyed the satisfaction of it but because our mother had installed carpet too thick for the doors to shut at all.

I think, surely I can't be riled by a ten-year-old? I lay down the law, tell her I hope she's enjoyed herself but I'm not planning to be given the silent treatment for the next eight years.

And she nods her head, goes back to childhood and starts talking my ear off again.
Posted by Linda Pressman at 11:22 PM