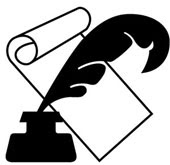 I happened to be enrolled in my very first Creative Writing class ever on September 11, 2001. It was the fourth class of the semester, a Tuesday, and my day off from work. I had dropped my kids off at school that morning - one at a Jewish Day school and the other at a Jewish preschool. In my car on the way home I had my radio on and the news alerted me to the fact that a plane had crashed into one of the Twin Towers in New York.

The day got worse and worse. By noon Arizona time it was obvious, to me at least, that there was the distinct possibility that terrorists were fanning out across the country, attacking various targets. Were the Jewish schools next? I did a U-turn in the road on my way somewhere to go pick up my kids as a precaution, just as my phone rang with the first of the two schools telling me they were closing for the day.

For a bunch of really stupid reasons I had waited until I was forty-one-years-old to ever take a writing class. So, even though as the day was unfolding, writing was looking like the most stupid occupation in the world, I asked my mother to watch my kids so I could go.

I walked into the class and, surprisingly enough, so did all my other classmates. By then, we knew the devastation that had taken place in New York. We all felt embarassed of our writing, of even thinking of writing ever in our entire lives. How could we have ever been involved in something so stupid and self-centered as writing, we asked our professor? People were dying, jumping out of buildings, planes were crashing, and we were sitting there writing.

I've thought of those words of hers a lot in these quiet days in the blogosphere following the earthquake in Haiti. I've thought, none of us wants to be funny, or write about our kids, or about our exercise or weight loss efforts. None of us want to be trivial because we're worried about trivializing the lives that are, even now, being lost.

But then I think of her words and that creating relationships is no small task, and that making people laugh is not a job for the weak-willed. That writing about the world, even in a tiny corner of it, is a noble task, and carrying on in the untouched world while being touched by the tragedy is not a contradiction in terms.

So I'll keep blogging, and I'll write my humor, and you'll know that, even though I'm doing that, I'm thinking of Haiti.
Posted by Linda Pressman at 11:06 PM