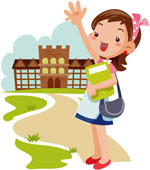 Did you ever have a roommate who drove you nuts?

When I went to college, I went through seven roommates my freshman year. This wasn't all my fault. In the prison block of my first college dormitory, we were assigned to four-person, two-bunkbedded rooms, one bunkbed on each side of the room, a bank of four closets in the middle, and a strip of four built-in desks on the opposite wall. With that many people in a room the minute I switched rooms once I automatically had six roommates. Then the minute one those subsequent roommates switched I was at seven. It was hard not to take this personally.

After all, I had roommates who bordered on evil, some who were criminal, and some who were just plain loony.  There was one who switched bunks with me while I was away for the weekend, though just to creep me out she placed my artwork upside down next to my new bunk. Eventually, when I went away again, she moved me out into another room. I had a roommate who used to wake up our entire room with blasting Gospel exhortations to accept Jesus or burn. Every night for dinner she ate dry ramen, crunching it silently at her desk. I tried to explain to her that you were supposed to cook it, and offered her the use of my hot pot, but she just looked at me silently and kept crunching. I had a spoiled roommate who was so rich that hundred-dollar bills used to fall out of the Calvin Klein jeans she left strewn all over the floor of the room, all while I was subsisting on knock-off cans of corn. I had trampy roommates, virginal roommates, and, later, I had some roommates who were fascinated by my houseplants and plant light, so much so that they then bought their own plant light and started a pot farm in their room.

So I had some bad roommates. But I'm starting to wonder if these roommates, my children, are the worst roommates I've ever had.

My husband and I walk in the kitchen one evening. The cabinets are flung open, measuring spoons out, microwave door wide, wrappers on the counter. I think, Where are the kids? Are they okay? Because, of course, based on the condition of the house, I think there's been a burglar in there.

But no. They both simply made some fudgy thing that had to be microwaved and needed a measuring spoon to do it, and they had to unwrap some packaging. And they're just that bad of roommates that they grab what they need and simply drop the rest of the stuff where ever they are. Lift a finger to throw the wrapper in the garbage can? No, of course not. Swing an arm to shut the cabinet door? Lift a hand to put away the measuring spoons? C'mon.

When I look at these roommates of mine - the fourteen-year-old and the ten-year-old - I feel a little hopeless. The fact that they can make a mess and then sit in it - what does this say for their future? The fact that somehow, unlike my other roommates, all their actions not only reflect on me but have to be fixed by me, this is bad.

But so far one thing to be grateful for: no pot farm.